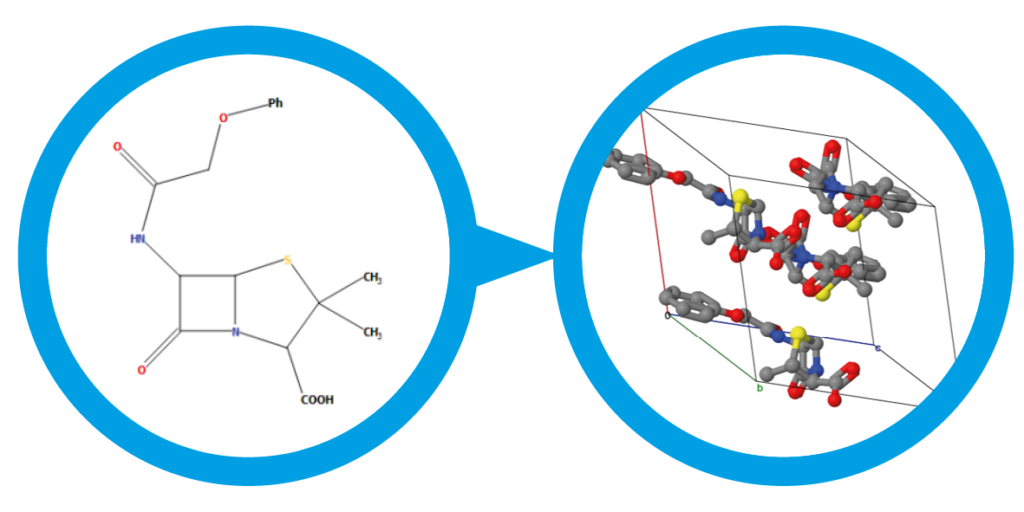 CSP or Crystal Structure Prediction, is the science of predicting the crystal structure of a molecule given only its 2D molecular structure. The CCDC CSP Blind Test brings together researchers at the forefront of this field to test their methods against real targets.

Since 1999 the CCDC has held Crystal Structure Prediction (CSP) Blind Tests to bring together scientists in this field and advance methods.

This complex field has the potential to reduce risks and generate new ideas in a variety of fields such as drug design. Factors such as molecular conformation, packing patterns, and varying polymorphic forms mean it is not simple to go from a 2D molecular structure to a 3D crystal structure.

The CSP Blind Test brings together scientists in the field from industry and academia to test their methods against a real example in a controlled environment and make connections in the CSP community.

How Does the CSP Blind Test Work?

A selection of small molecules which have been solved experimentally, but remain unpublished, are selected by the organisers. Only their 2D molecular structure and solvate conditions are released to participants.

The participants have 1 year to make their predictions and submit them to the organisers.

At the end of the test period, structures are revealed and each prediction is compared to the experimentally determined results.

The end of test meeting allows all participants and organisers to discuss and reflect on the results and learnings which can be taken forward into future work.

Who Takes Part in the CSP Blind Test?

Participants in the CSP blind test include scientists working on CSP methods from academic, industrial and contract research organisations (CRO’s).

In this short video Jason Cole outlines what crystal structure prediction is, its impact and relevance in industrial settings such as pharmaceutical research, and introduces us to the CCDC CSP Blind
Test.

Following on from the fantastic advances made through the past CSP blind tests, the seventh test posed new challenges, asks deeper questions, and examines method developments closely.

A summarised form of the rules and entry pack is provided.

How to participate once you have registered for the CSP Blind Test.

The sixth blind test ended in August 2015 and was the biggest to date, with 25 different submissions and over 90 researchers involved. The five target systems were a small relatively rigid molecule, a former drug candidate, with five known but unpublished polymorphs, a salt hydrate, a co-crystal, and the largest molecule in a blind test to date. All of the target systems were predicted, apart from a single Z’ = 2 polymorph of the drug candidate. Overall, the results are encouraging for the development and maturity of CSP methods, which are now applicable to larger molecules and more complex solid forms such as hydrates and salts.

The full results of the sixth blind test are published in a special issue of Acta Cryst. B. 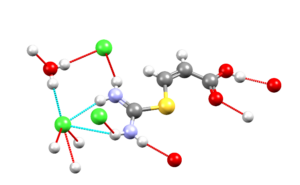 Target XXIV in the six blind test of organic CSP methods, which is a chloride salt hydrate of (Z)-3-((diaminomethyl)thio)acrylic acid.

The fifth blind test ran in 2010 with the final summary report published in 2011. The test included a variety of targets, from rigid and semi-flexible molecules, to a 1:1 salt, as well as a larger more flexible molecule and a hydrate with multiple polymorphs. While there were fewer successful results than previous years, there was at least one successful result for each target. The results also showed the progress made in methodologies such as dispersion-corrected density functional theory (DFT-D) which has become much more reliable.

The fourth blind test started in 2007, with 14 research groups taking part. Across the four targets, we saw a dramatic improvement in successful predictions compared to previous tests. This reflects important improvements in methods and suggest that for small and rigid molecules calculations are able to aid understanding in crystallization and polymorphism of organic molecules.

In the third CSP blind test a range of methods were employed by the 18 participating research groups. Most were based on the global minimization of lattice energy. Three targets were provided, with no restriction on the possible space group – unlike previous tests.

The test saw lower success rates than previous ones, in part due to complexities in some of the targets. This highlights the need for better energy models which can describe conformational and packing energies with high accuracy.

Molecule XI from the third CSP Blind Test – Azetidine. With several possible arrangements for hydrogen bonding, the crystal structure is built up from chains containing two azetidine molecules in the asymmetric unit.

The second CSP Blind Test saw 17 participants predict the crystal structure of three organic molecules. A maximum of three predictions were allowed for each molecule, with many correct predictions observed. A secondary test using non-indexed powder diffraction data was performed after submissions.

A collaborative workshop was held to test how well current methods of crystal structure prediction perform. The 11 participants were presented with the molecular structure of four compounds, which had been experimentally determined but as-yet unpublished. None of the methods gave consistently reliable results, but many proposed structures were close to the experimentally observed one. One target compound was observed to have two polymorphs, but only one form was predicted correctly.

Behind the scenes of the CSP Blind Test