Despite pandemic-related challenges, in 2020 the FDA’s Center for Drug Evaluation and Research (CDER) approved 53 new therapeutics, according to a recent "News & Analysis" article in Nature. That’s an increase over the 48 therapeutics approved in 2019, and it falls just behind 2018’s all-time record of 59. Small molecules make up 38 of 53, and they are expected to constitute many of the highest selling new therapeutics. 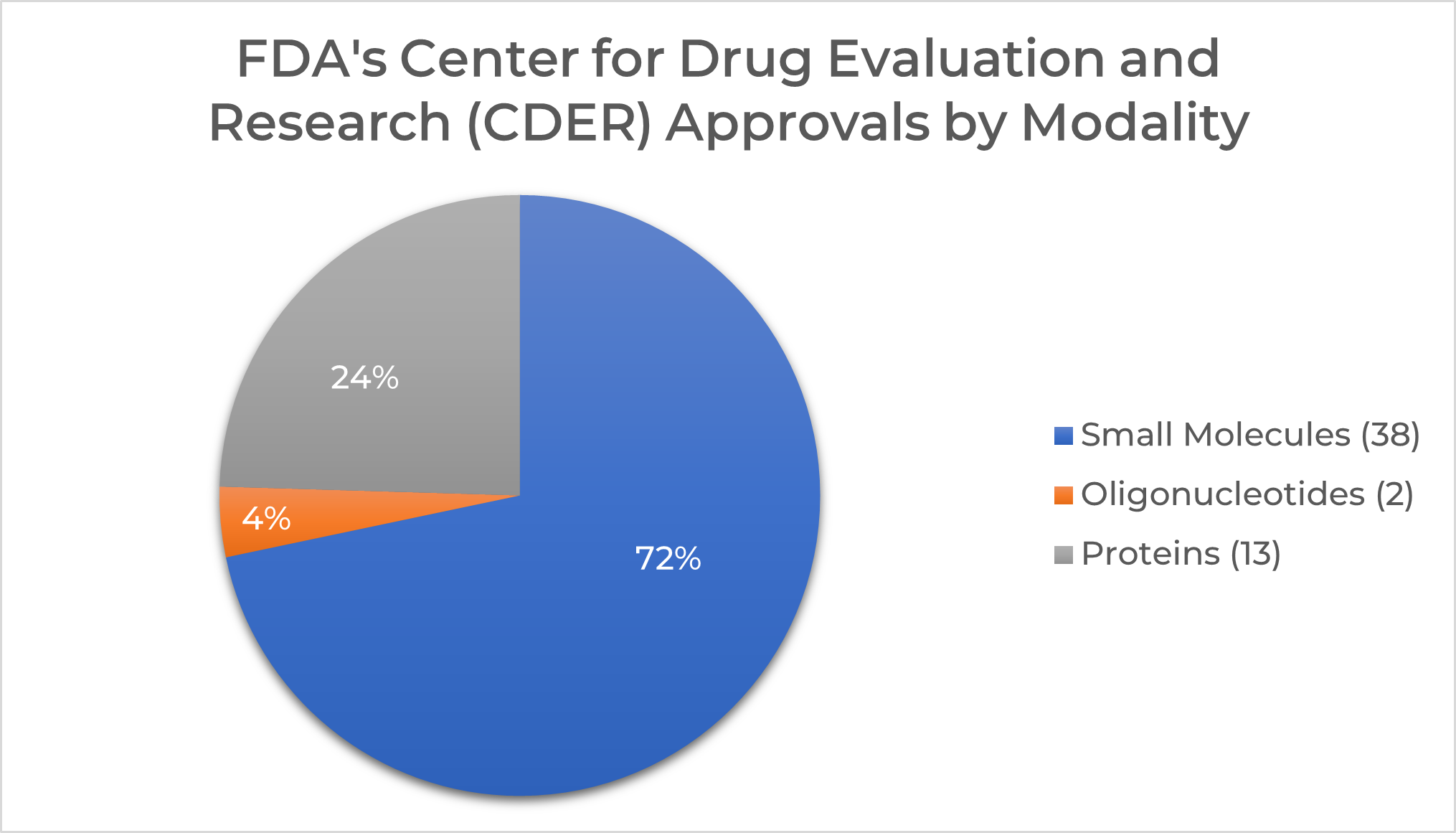 Several of the new 2020 approvals are listed in the CSD.

Remdesivir was originally developed 10+ years ago. It was repurposed for use against Ebola in 2014. While it was ultimately found less effective against the disease than other available options (ref), the efforts helped prove the drug's safety. In 2020, it was approved for new use against COVID-19. See our previous blog tracking drugs of interest against COVID-19, including several repurposing efforts. A nuecleotide analogue, this prodrug is phosphorylated in the body to produce the active form (ref). The original authors at Gilead noted in their 2017 paper that the 1'-CN group is key in docking and suggested that this would allow it to be active against other viral polymerases.

Amisulpride is a neuroleptic that works by blocking dopamine D2/D3 receptors (ref). It has been widely used as an antipsychotic treatment in Europe (ref), and it was approved by the FDA in 2020  for intravenous use to prevent postoperative nausea and vomiting (PONV) and to treat PONV when other options fail. PONV is one of the most common postoperative complications, affecting about 30 percent of the general population (ref). While other dopaminergic antiemetics have been used in the past, there are safety concerns about potential heart risks arising from QT interval prolongation. However, intravenous amisulpride has been shown to effectively treat POVN at 5 mg – a dosage below clinically meaningful prolongation of the heart rate-corrected QT (ref).

In May 2020, the FDA approved artesunate for injection as the only drug in the United States to treat severe malaria. According to the Centers for Disease Control and Prevention, there are about 2,000 cases of malaria in the United States each year, with 300 severe infections (ref). Artesunate is a derivative of artemisinin, which was first isolated in pure form in the 1970s in China (ref). The mechanism of action of artemisinin  is not completely understood; however, the drug selectively concentrates in parasitized cells by reacting with the intraparasitic hemin (hemozoin). This reaction appears to generate toxic organic free radicals that damage parasite membranes (ref). Reactive oxygen is already present in the molecule due to peroxide moiety. Artemisinin derivatives without the peroxide moiety lack antimalarial activity, which further supports the importance it might play in the mechanism of action (ref).

Fostemsavir is an HIV entry inhibitor approved in the United States in July 2020 and in the European Union in February 2021 for adults living with HIV/AIDS who cannot be successfully treated with other therapies because of drug resistance, intolerance or safety concerns. Also called BMS-663068, fostemsavir is a methyl phosphate prodrug of the small-molecule inhibitor BMS-626529, which inhibits human immunodeficiency virus type 1 (HIV-1) infection by binding to the viral envelope protein gp120 and interfering with the attachment of virus to CD4+ T-cells (ref). HIV-1 attachment inhibitors represent a new class of entry inhibitors.

Remimazolam was approved for the induction and maintenance of procedural sedation in adults for invasive diagnostic or surgical procedures lasting 30 minutes or less. Remimazolam combines the properties of two drugs already established in anesthesia: midazolam and remifentanil (ref). It shares molecular similarities with its parent molecule, midazolam (CUYCAB), but has the addition of a carboxylic ester linkage that makes the drug suitable for metabolism by non-specific tissue esterases in the blood (ref).

The FDA approved the brand-name drug Inqovi in July 2020 for the treatment of adult patients with myelodysplastic syndromes (MDS) and chronic myelomonocytic leukemia (CMML). Both MDS and CMML are types of blood cancers. Inqovi is a tablet containing both decitabine and cedazuridine, which can be taken orally at home. Previously, patients had to visit health care facilities to receive intravenous therapy. The cedazuridine in the tablet inhibits cytidine deaminase in the gastrointestinal tract and liver, increasing systemic exposure of decitabine (ref).  Decitabine is a type of DNA methyltransferase (DNMT) inhibitor. DNMTs bind a methyl group (-CH3) at the carbon 5-position of the pyrimidine ring of cytosine in CpG dinucleotides. In somatic cells, most CpG dinucleotides are methylated, except those located in CpG islands. Hypermethylation of CpG islands plays a key role in cancer development and progress. DMNT inhibitors, like decitabine, deplete the DNA methylating activity of DNMT (Anticancer Research Aug 2013, 33 (8) 2989-2996).

Abametapir is a metal chelating agent (ref) and metalloproteinase inhibitor for the treatment of head lice in people 6 months of age and older that affects metal-dependent processes in adult lice and lice eggs. Louse infestation affects approximately 6‐12 million people in the United States annually, mostly children aged 3‐12 years of age. The majority of infestations are treated with over‐the‐counter (OTC) products containing synergized pyrethrin or synthetic pyrethroid (permethrin), insecticides that target the neurologic system of the adult louse. However, resistance to pyrethrin and pyrethroid insecticides has been increasing over the last 15 years (ref).

Nifurtimox is a medication used to treat Chagas disease and sleeping sickness. It's been in use since the 1960s, and it is listed on the The World Health Organization Model List of Essential Medicines (ref). Chagas is caused by the parasite Trypanosoma cruzi and threatens millions of lives in South America. It is a nitrofurane derivative generally believed to exert biological activity through the bioreduction of the nitro-group to a nitro-anion radical that undergoes redox-cycling with molecular oxygen. However, this mechanism of action has been debated, and in 2010 a group from Universidad de la República, Montevideo, Uruguay argued against the oxidative stress hypothesis for Nifurtimox. The Universidad de la República group observed a significant reduction in the level of parasitic low-molecular-weight thiols after Nifurtimox treatment; however, it was not linked to the production of reactive oxidant species (ref).

Vibegron is a selective beta 3 adrenergic receptor (β3AR) agonist used to treat overact bladder (OAB). β3AR agonists bind to the β3AR receptors in bladder smooth muscle, resulting in a relaxation of the detrusor muscle that improves OAB symptoms (ref). Modeling suggests that the pyrrolidine ring nitrogen plays a key role in docking to β3AR. Vibegron's selectivity for β3AR over similar antitargets, like β1- and β2-ARs, may be due to hydrophobic interactions and interactions between β3-AR Ala197 and the carbonyl group of the aniline amide in Vibegron. Due to structural differences between β3AR and β1- and β2-ARs,  Asp appears in a similar area in the antitargets, which results in unfavorable interactions with the carbonyl group (ref).

Of the therapeutics approved in 2020, 11 are projected to generate a billion USD or more in sales by 2026, according to the Nature article. Small molecules constitute eight of those potential blockbuster approvals.