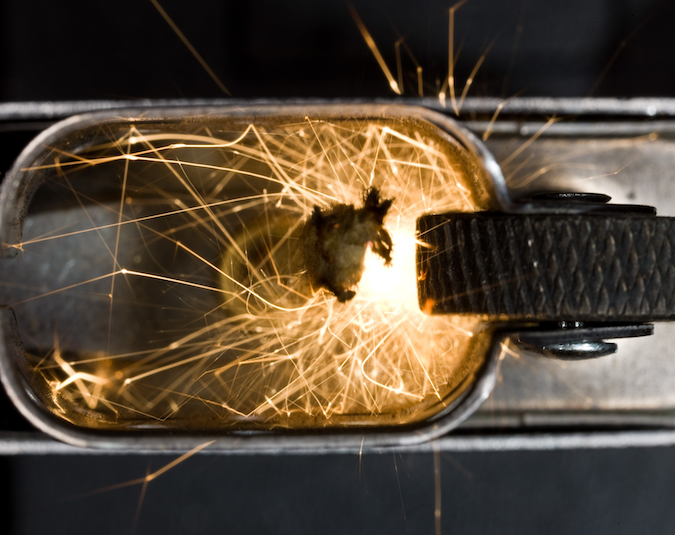 Cerium makes sparks when struck and is the main component of the brittle ferrocerium alloy that is used in lighter flints. (Image source: Ricardo Liberato / CC BY-SA (https://creativecommons.org/licenses/by-sa/2.0)). 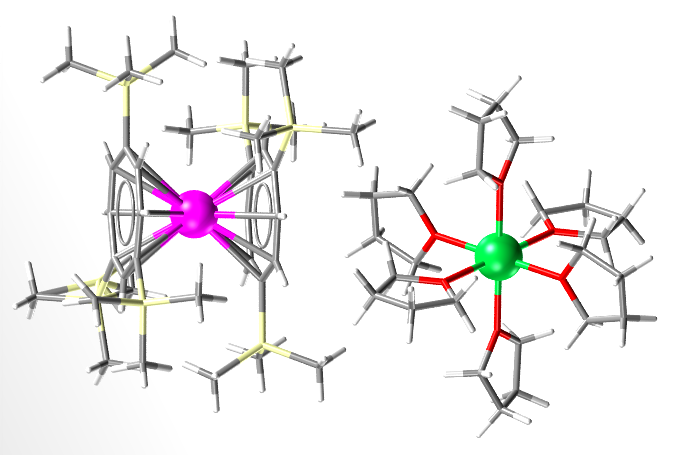 This structure is a variation of the Cerocene (a Cerium sandwich complex, about which electronic structure chemists have a lot of discussions). It is also the first organolanthanide complex with two different lanthanides. Cerium in magenta, Yb in green, Si in yellow, C in grey and H in white.

Cerium can make sparks when struck, but it is also used in "flammacerium" (cerium nitrate) as an antimicrobial agent for burns. [1] Cerium stands out from other rare-earth elements by not only being rather abundant, but also by being one that can be easily separated from a mixture of rare-earth elements (which are chemically quite similar). This is because it can be oxidized to cerium(iv)oxide (ceria) that can be readily filtered off from the other lanthanides in acidic solution. [2] Ceria is used for the polishing of precision optics as well as to decolorize glass and protect it against browning.
But we also find it as a catalyst in self-cleaning ovens, for the production of fuel or to help combust un-burnt fuel in the exhaust pipe of cars.
Ceria also shows a fascinating aspect about the chemistry of cerium: the oxidation state IV appears to be quite common but close inspection reveals that it is typically more something between III and IV.
Ceria, for example, has vacancies where oxygen atoms are missing and which makes it useful for the catalytic applications as it can cycle between storage and release of oxygen. [3]

A visualisation showing the structure containing Cerium alongside other structures published in the same scientific article: