​It is with great regret we announce that Frank Allen died, 10th November, aged 70. Frank joined the Chemical Crystallography Group at the University of Cambridge in 1970 and played a pivotal role in the establishment of the Cambridge Structural Database. He went on to become the Scientific Director and then the Executive Director of the Cambridge Crystallographic Data Centre. 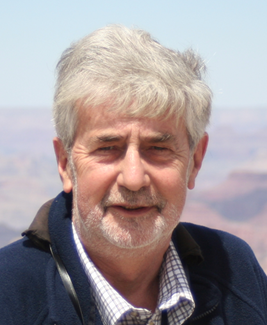 Following his retirement in 2008, Frank remained with the CCDC as an Emeritus Research Fellow, enabling him to continue to indulge his passion for structural chemistry. Frank’s research involved collaboration with many scientists around the world, resulting in over 200 papers. He was also a wonderful teacher, supervising more than 20 doctoral students and introducing many more to structural chemistry through workshops over many years. His contributions to other influential organisations, his vigorous editorship of Acta Crystallographica, the numerous conferences he organised and presentations he made meant Frank was known to and respected by crystallographers the world over. Frank has long been a leading figure in international crystallography, and was a wonderful colleague, becoming a friend to all those who worked with him.  He will be sadly missed. Frank’s funeral will take place on Thursday, 27th November, 2.30 at St Andrew’s Church, Histon. There will be a gathering afterwards, at the Holiday Inn, Impington. Sandy has said she would be pleased to see as many of Frank’s friends, colleagues, and collaborators, past and present, who are able to make it, both at the funeral and afterwards. We have already received many notes from people who knew Frank which we’ve shared with Sandy. If you aren’t able to attend and would like to share any reflections please email and we will make sure they get passed on.