The CCDC is delighted to report that the winner of the 2018 edition of the CCDC Chemical Crystallography Prize for Younger Scientists is Dr Claire Hobday from the University of Bath.

Following the traditional pattern, Claire was announced as the winner of this prestigious award and congratulated prior to the prize lecture she gave on the research at the 2018 BCA Spring Meeting in Warwick (26th-29th April 2018).

“Claire’s research in the field of metal-organic frameworks (MOFs) has brought together techniques from high-pressure crystallography, density functional theory and classical simulation to understand the adsorption properties of MOFs and their mechanical properties. Both the research itself and her skills in communicating the science have shown what a valuable member of the British crystallographic community she is.” Stephen Moggach (CCG Chair)

“We are delighted that the 2018 CCDC Prize has been awarded to a scientist of the calibre of Claire Hobday! Claire’s research and publications in both experimental and computational studies on porous materials have been very exciting. Her wider contributions to the chemical crystallography community through the Young Crystallographer’s Group of the BCA are also very commendable.” Pete Wood (Senior Research & Applications Scientist, CCDC) 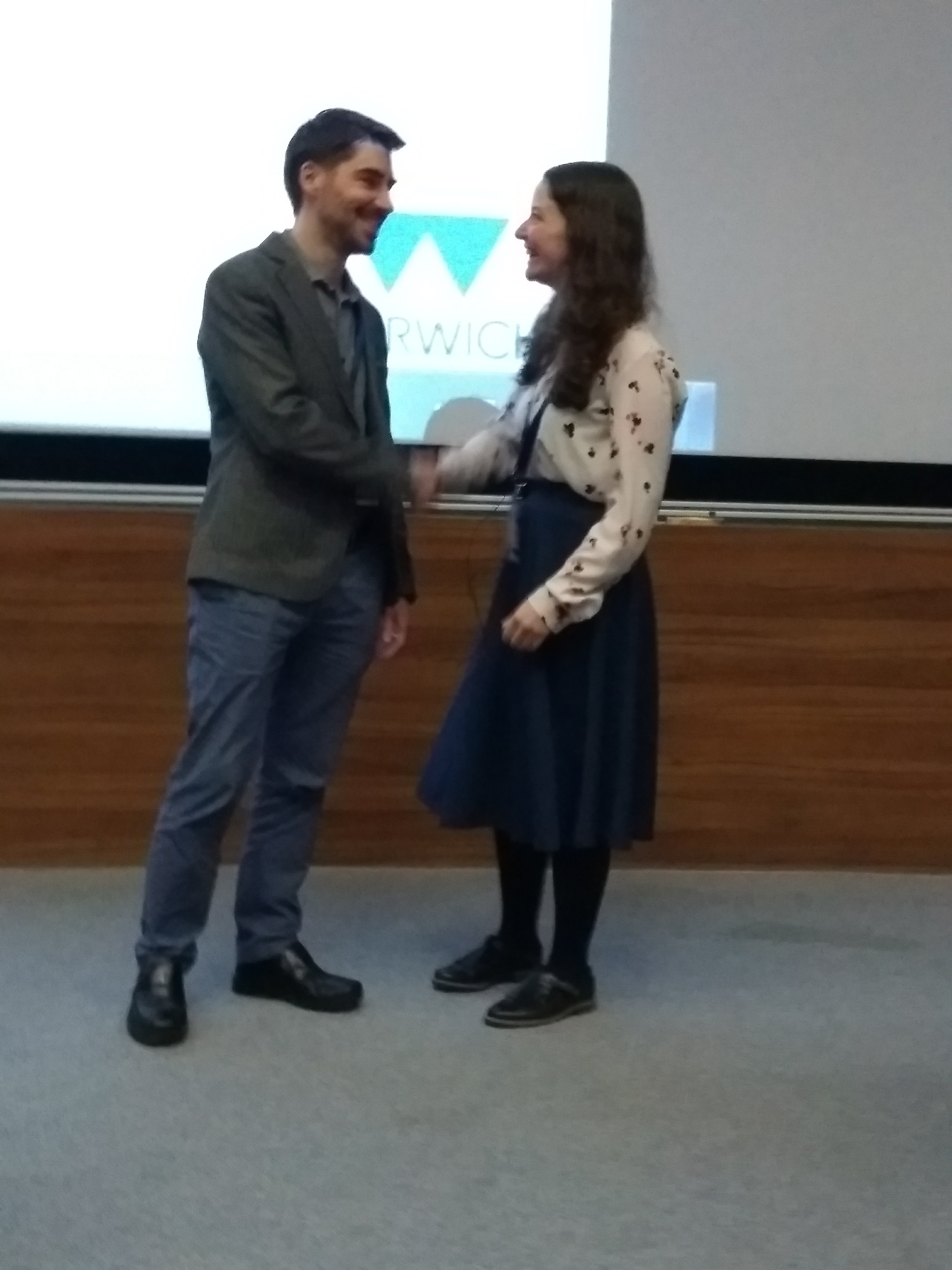 The commemorative prize itself is a 3D printed model of a zirconium-based metal-organic framework (MOF) known as UiO-67 ([Zr6O4(OH)4(bpdc)6], bpdc: 4,4′‐biphenyl dicarboxylate). This structure was published by Claire in Angewandte Chemie in one of her first author papers on computational and experimental studies of porous materials (Hobday et al., Angew. Chem., 2016). The model captures a substantial section of the framework illustrating the pores within the system and is probably the most complex 3D printed model that the CCDC has designed and produced to date! 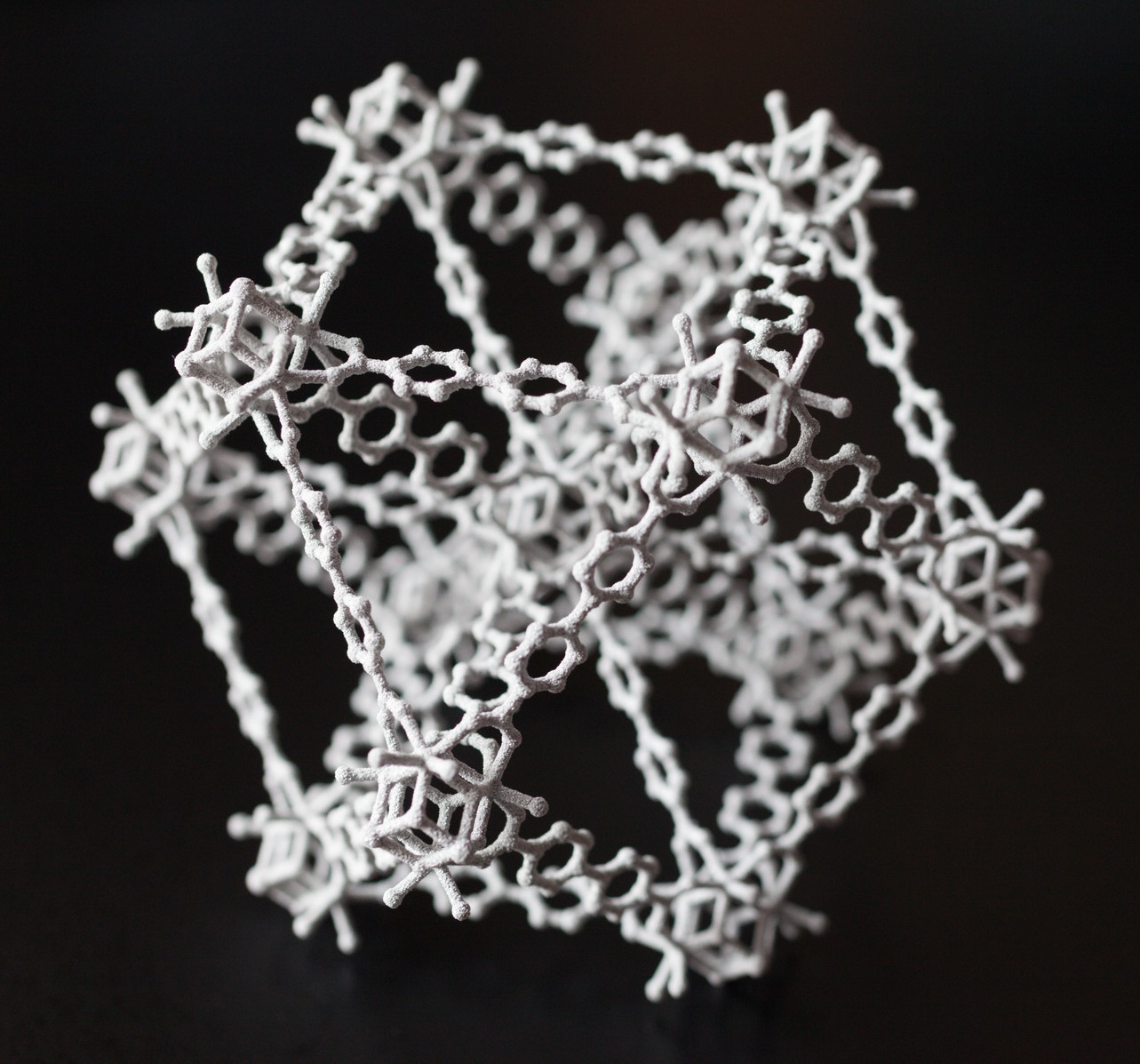 It’s a pleasure to continue the CCDC’s relationship with this well-respected BCA CCG award supporting excellent early career scientists in the UK.  Nominations for the 2019 CCDC Chemical Crystallography Prize for Younger Scientists are likely to be accepted from around November 2018 up to the middle of January 2019 for awarding at the 2019 BCA Spring Meeting. Good luck to all those that are nominated for future editions of the CCDC Prize.