We've added a range of new central groups and contact groups to IsoStar in the 2020.3 CSD Release.

When IsoStar was first generated we took pragmatic decisions about the groups to include based on data availability at the time. Since then, however, the CSD has grown and so we regularly take the opportunity to review the functional groups included and add some groups that were missing previously.

In this years release, we've decided to feature group 1 ions as contact groups as we now have sufficient data to look at such systems. Unsurprisingly negatively charged central groups, such as sulfonato and phosphonato, are the most densely populated due to the charge complementarity between the groups but we do see some interesting cases. For example, phenyl to potassium ions shows some propensity for ions above and below the ring plane. While these compounds have not been described as such, they are along the path to coordination compounds rather than classical 'non-bonded' interactions (contacts in a lattice are, after all, a continuum). 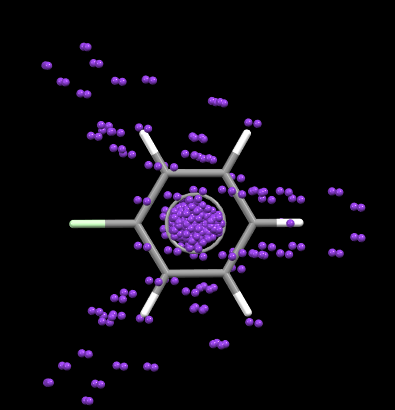 We've also added in some new central groups. Selenium is of more interest in potential drug therapies currently, and so we elected to include some plots where we had enough data. These generally show that selenium behaves similarly to sulfur (for example, below we can see the plots of aromatic thioether to any terminal O (on the right) compared with the analogous aromatic selenoether on the left.

Right: the interactions of the analagous aromatic thioether

We have added some new heterocycles too as central groups - 1,2,3 triazoles and related plots feature this time. The hydrogen bonding to these groups is of interest: IsoStar would suggest, for example, that H-bonding to the 3 position is preferred to H-bonding to the 2 position in such systems: 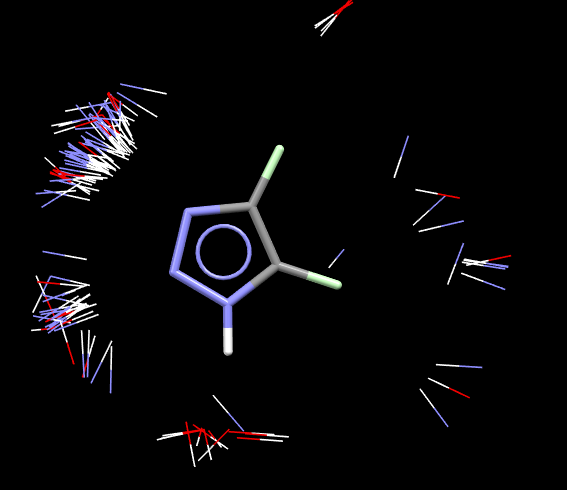 Find out more about the latest updates here.

You can also join our regular What's Up webinars for a more in-depth look at new features, where we welcome questions from the audience - register or watch on demand here.