We are pleased to announce the June 2022 data update of the Cambridge Structural Database (CSD) is now available. This second update of the year brings 15,450 new experimentally determined structures (15,998 new entries) which brings the total number of entries in the CSD to almost 1.2 million.

There is a plethora of new and diverse structures being delivered straight to your desktop in this update, expanding the wealth of knowledge contained within the CSD. Here we select a few structures to introduce some of the new additions to the database.

Of these new structures, 8374 entries are organic and this includes a world leading new organic explosive (CSD Entry NAYKEH), based on a nitrated amino benzene ring reported by Qi Sun et al. in Science Advances. Owing to an extensive network of intramolecular and intermolecular hydrogen bonds, this molecule also shows higher relative stability to water compared to similar explosive molecules. Further organic molecule highlights include two new polymorphic forms of the antifungal drug griseofulvin (CSD Entry GRISFL32, Form V), which are just two examples of the 496 new polymorphic structures to be found in this data update. The new forms IV and V crystallised from a polyethylene glycol dispersion and the work is reported by Xiao Ou et al. in Crystal Growth and Design. 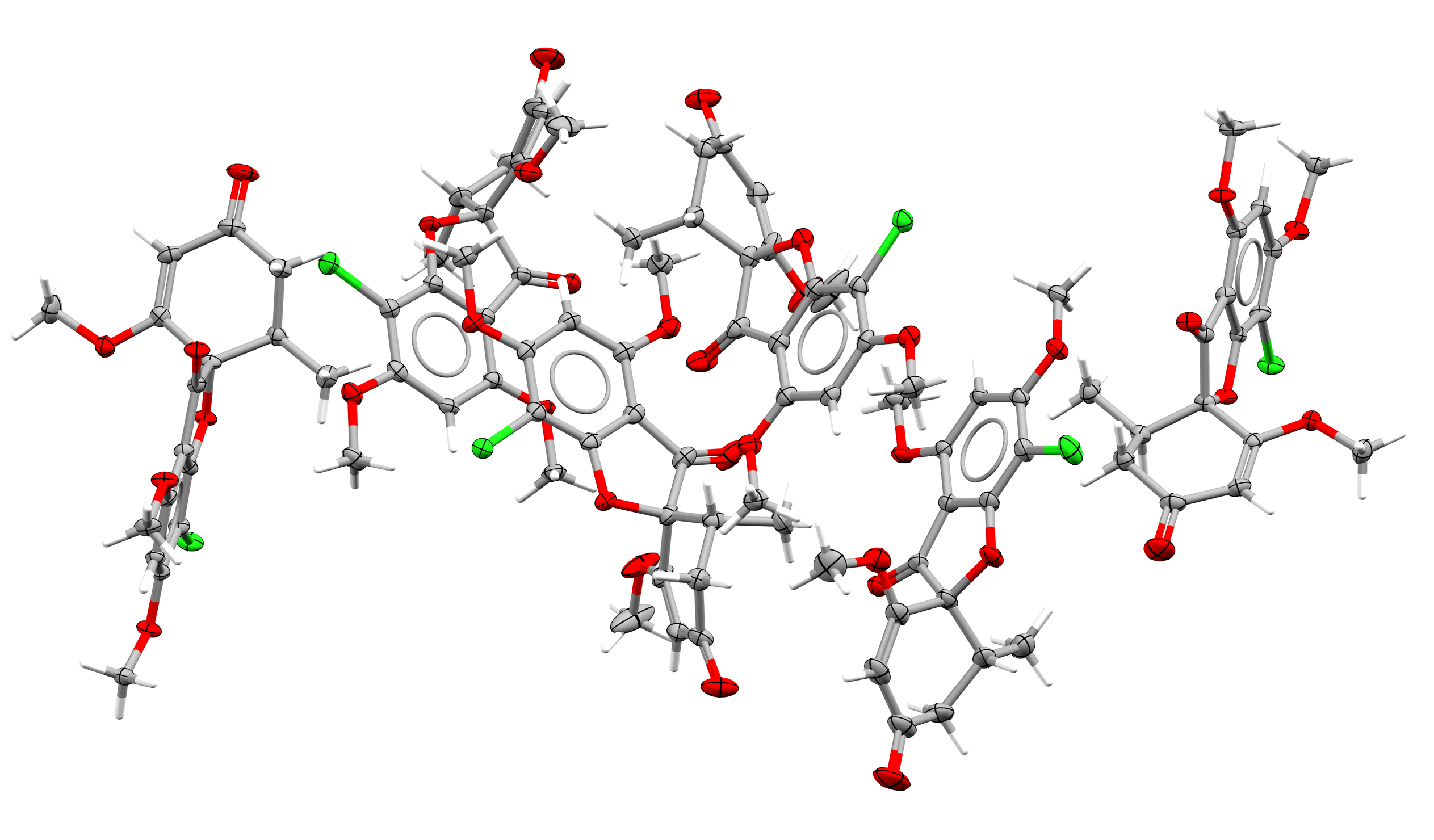 Metal organic structures make up the remaining 7624 entries, from which it is difficult to pick just one highlight from the interesting chemistry on offer. The chosen structure is a neptunium complex featuring an unusual single terminal oxo ligand (CSD Entry VASFII). This structure was reported by Michał S. Dutkiewicz et al. in Nature Chemistry and marks an important step in the investigation of transuranic complexes as multiple bonds to a single element are rare for such complexes. 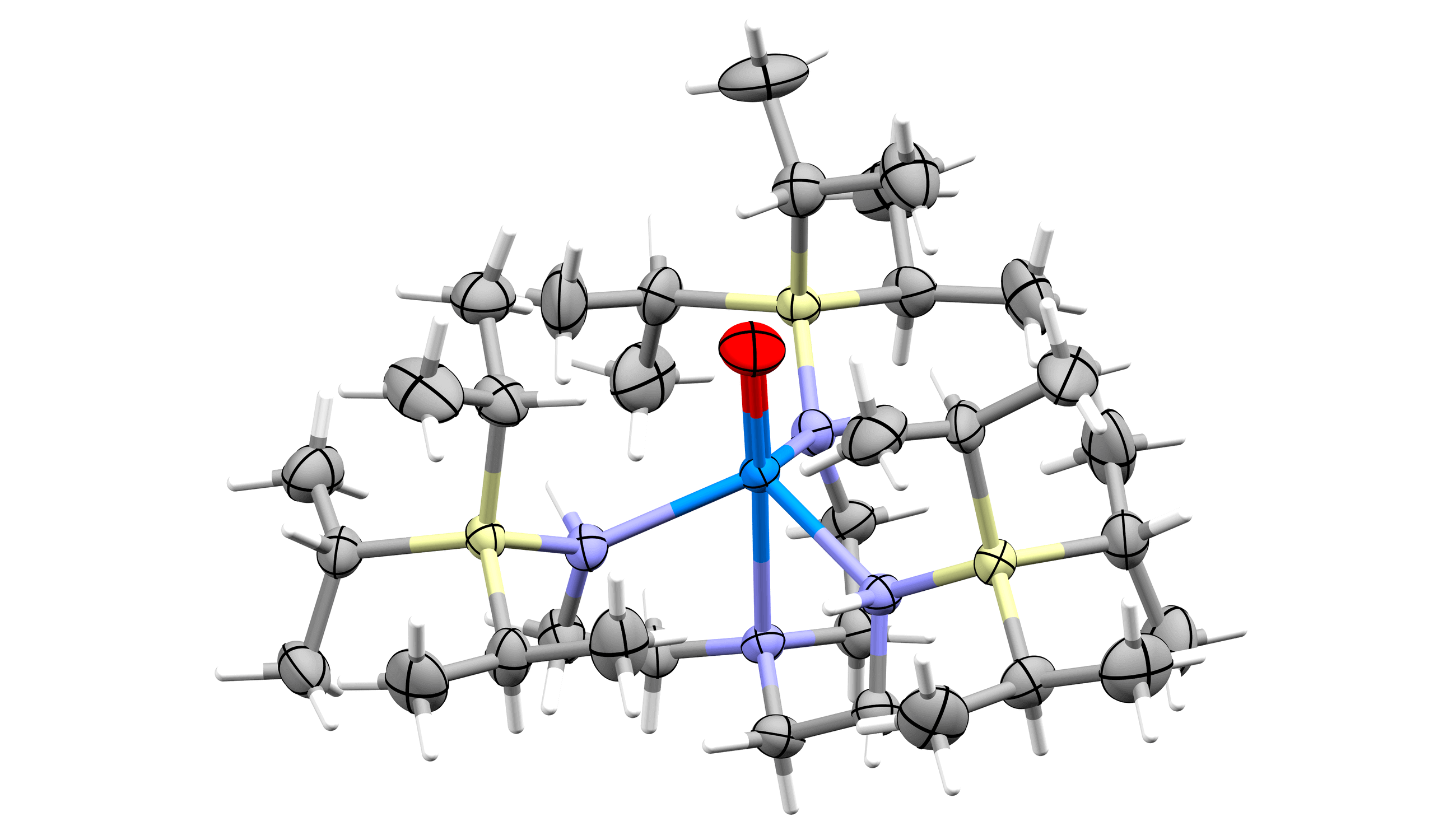 On the subject of MOFs, new structures include this 3D europium framework (CSD Entry LEJVAB). This electron deficient MOF, reported by Teng Liu et al. in Dalton Transactions, exhibited reversible photochromism and was applied as a catalyst in oxidative carbon-carbon coupling. 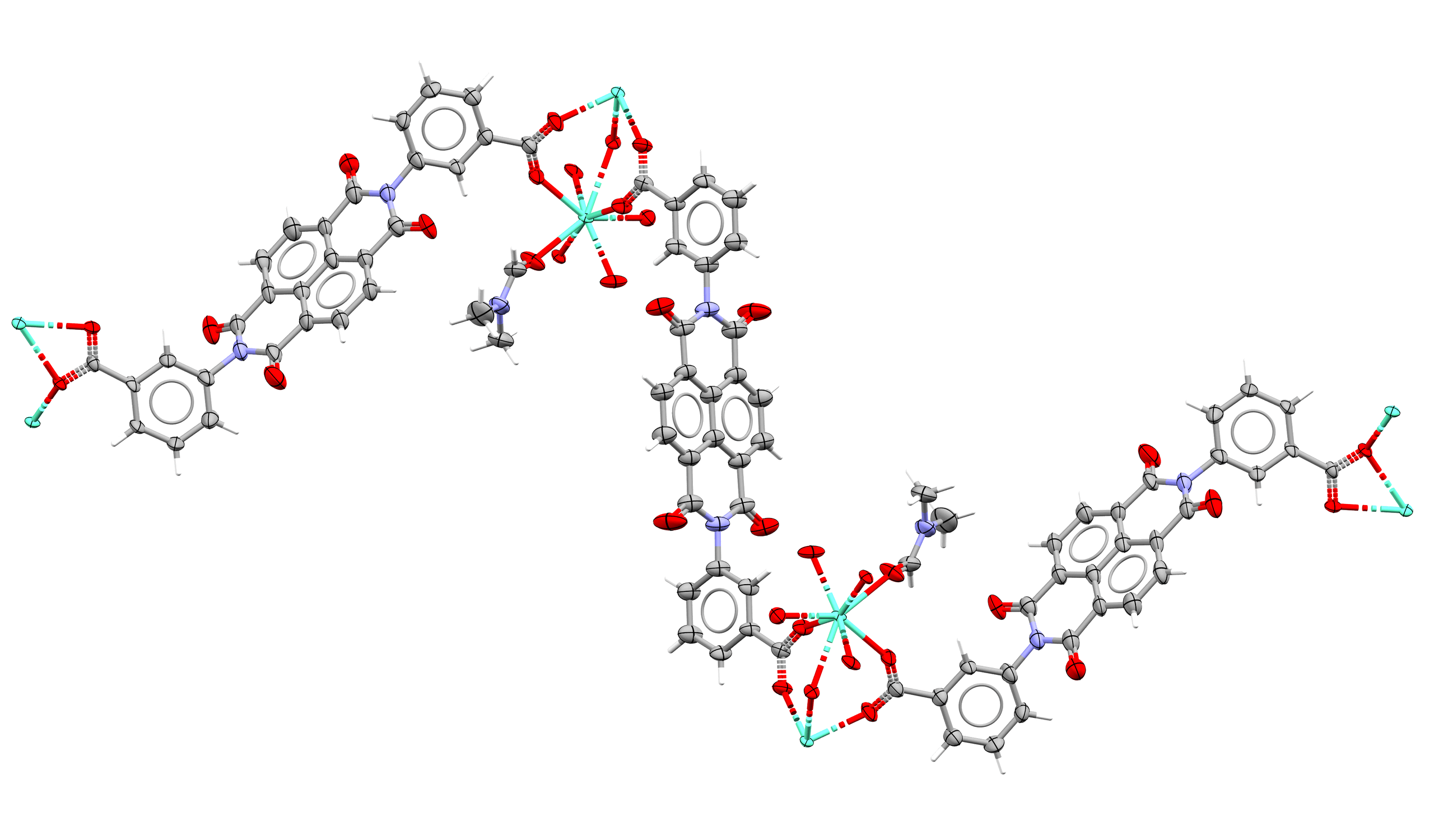 Also included in the update are a host of new structures published as a CSD Communication, the aim of which is to disseminate crystal data not intended to be published in a journal, benefitting depositor and the community alike. This update includes 1608 such structures with over a quarter of these being from Michael Bolte and various co-workers. An example of one of these structures is this tris(pyrazolyl)borate cobalt complex (CSD Entry BECBUK).

Following the pre-print on a prolific papermill in crystallography (DOI: 10.21203/rs.3.rs-1537438/v1) we have suspended the addition of 277 structures linked to publications implicated in the pre-print that had yet to be included in the desktop data releases. Alongside these datasets we have also delayed the release of a number of other datasets related to those implicated in the pre-print while our investigations continue. In addition, we have removed all structures linked to publications mentioned in the papermill pre-print from our data subsets to minimise the impact of these structures. More information can be found here in our FAQ on retracted datasets.

If you would prefer to download and install an update manually or you are unable to run the auto-update mechanism through your computer, then all of our updates are also made available via the 'Data & Software Updates' section of our Downloads page and you can install them manually.  If you are having problems installing the updates please see our FAQ for more details and other options.

Find out how the CSD is used in scientific research around the world, from drug discovery to functional materials design, in these case studies.