Our 6th CSD Hero is Mike Hursthouse who is currently fifth in our annual CSD author statistics!

Michael B. Hursthouse is an Emeritus Professor in the Department of Chemistry at the University of Southampton. (1)  He obtained a BSc and PhD at Kings College London and some highlights of his career include working on the crystal structure of a derivative of streptomycin (a valuable drug against TB), featuring on a BBC television program on X-ray Crystallography, founding the EPSRC National Service for X-ray Crystallography (NCS) and of course his phenomenal contribution to the CSD.  Mike has published over 1,500 articles with one of his most cited being a publication from 1995 on superconducting and semiconducting magnetic charge-transfer salts (2) which has been cited over 550 times.

Mike Hursthouse and the CSD

Mike is currently 5th in our annual list of most prolific authors in the CSD with over 4,300 unique structure determinations and over 4,600 entries.* His first structures (CSD refcodes DBDSBC, DBESBC and STISBC) were published in 1966, just one year after work to establish the CSD began. Since then Mike has published at least one structure every year, his most recent structures being two CSD Communications published in 2018 (CSD Refcodes CIMDAG and CIMDEK). In 2003 Mike must have been extremely busy, he published a whopping 653 entries in that year alone!

In total Mike has published his structures in over 100 different journals, and we are delighted to see he has over 600 CSD Communications in the CSD too!  He is clearly also very collaborative publishing structures with over 2,000 different co-authors. 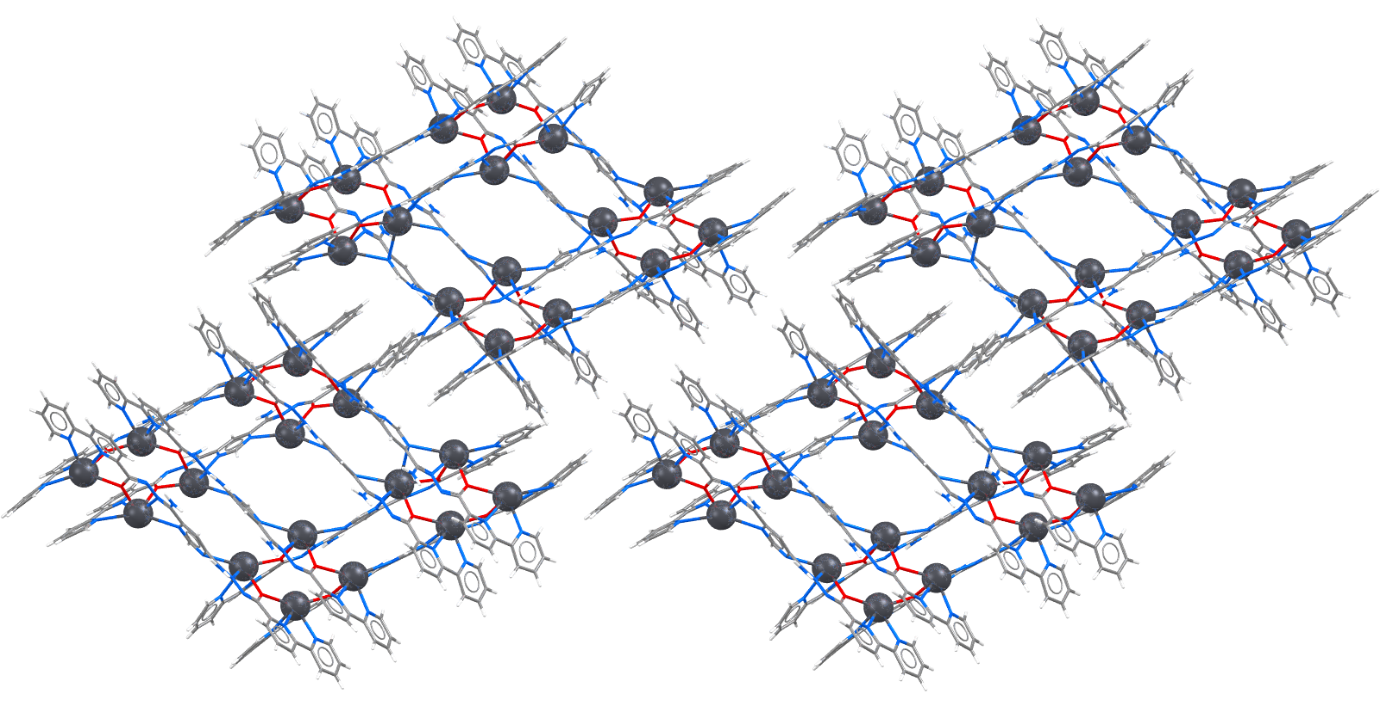 Not only has Mike contributed over 4,000 structures to the CSD, he has also inspired others to take up crystallography including Simon Coles and Mark Light who are currently 29th and 50th on our author list respectively as well as Suzanna Ward our Head of the CSD and Paul Raithby a past Chair of Trustees for the CCDC!

We have enjoyed browsing through Mike’s structures, each structure is valuable individually, and collectively they contain a wealth of data that can be used by scientists worldwide. Thank you, Mike, for all your efforts and for all your wonderful structures!

This is the 6th blog in our CSD Heroes series featuring the most prolific authors in the CSD.  Each week will be highlighting some statistics and structures to celebrate their achievements and thank them for their phenomenal contribution. If you would like to share stories about these crystallographers, some of their fascinating structures or tell us about your heroes of the CSD you can tweet s at @ccdc_cambridge using hashtag #CSDHeroes19.

* All CSD searches were performed on CSD5.40 and we used M.B.Hursthouse as our author search query.