CCDC Founder and crystallographer, Dr Olga Kennard recently received the International Union of Crystallography (IUCr)’s twelfth Ewald Prize for her invaluable contribution to the development of crystallographic databases — specifically the Cambridge Structural Database (CSD). On 14th August, we are delighted that Olga’s achievements will be celebrated in the Ewald Prize Lecture during the IUCr Congress Opening Ceremony. 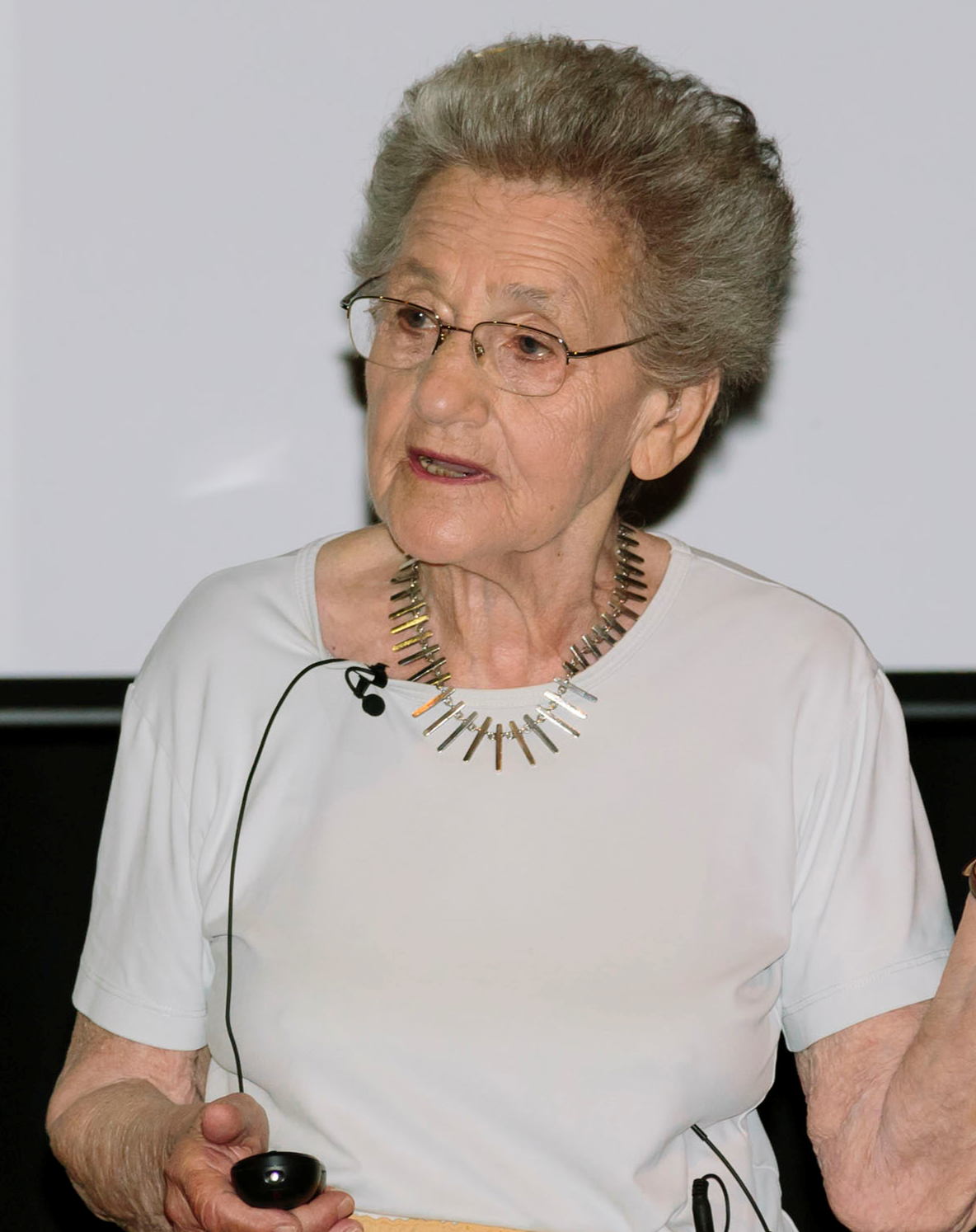 Above: Dr Kennard giving the opening remarks at the CCDC's CSD 50th celebration.

In 1965, Olga started work collating structural data with the thought that compiling results from different, individual experiments in one place would open doors to new insights and knowledge. She went on to lead the CCDC until 1997. During her career, she authored over 140 structures. 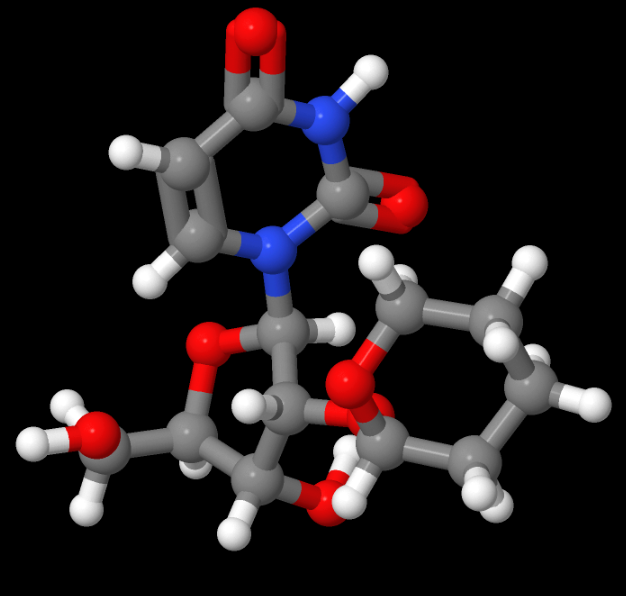 One of her first structures with coordinates was published back in 1963 and was a chlorobenzoate salt (CSD refcode MSCBZO). Her more recent examples include a uridine structure, which was published in 1991 (CSD refcode JOSCAV). The database that Olga started over 50 years ago, has grown significantly. To help celebrate her Ewald Prize honour, we reached out to colleagues and fellow crystallographers for thoughts. Here’s what a few had to say.

“Dr Olga Kennard, as the founder of The Cambridge Structural Database (CSD) and Director from 1965-1997 of the Cambridge Crystallographic Data Centre (CCDC), was to me a huge name in crystallography from when I became a DPhil student in 1974,” Helliwell said. “Subsequently, it was always a big moment when I met her in person. At the IUCr Congress in Seattle in 1996 we met by accident in our hotel en route to the dining area. She stopped and thanked me for my work at the Daresbury SRS helping her nucleic acid crystallography research colleague Dr Bill Cruse with some very tough X-ray diffraction data collection challenges. Quite frankly, I was very pleased.” “Dr Olga Kennard still presented a talk, age 90, at the CSD 50th in 2015,” he added. “Her depth of experience in, and her vision for, crystallography as well as her enthusiasm at such an age is an inspiration to all of us. It surely makes her a unique recipient of the Ewald Prize on that aspect alone. Why the wait for her to receive the Ewald Prize Award now? Well, I suppose reaching the millionth structure in the CSD does rather make all crystallographers sit up and, quite simply, burst into applause. Thank you and the heartiest congratulations from all of us to Dr Olga Kennard.”

“I first met Olga Kennard in 1976 when I joined the Department of Chemistry at Cambridge to work with Jack Lewis, Brian Johnson and George Sheldrick on the structure determinations of transition metal clusters using single-crystal X-ray crystallographic techniques,” Raithby said. “Olga was kind to me as a young post-doc, and I was included in many crystallographic discussions that bridged the groups working on molecular and macromolecular crystallography.  She was kind enough to fund me to attend my first international conference, the European Crystallographic Meeting in Copenhagen in 1979, as I had been helping out with the database entries, checking some of those with crystallographic problems in my spare time.” “Olga’s vision has allowed generations of structural scientists that have followed her to stand on the shoulders of a scientific giant.  The award of the IUCr Ewald Prize to Olga represents a wonderful acknowledgement of her truly pioneering work,” he added.

“I first met Olga in 1981 when Jack Dunitz, with whom I was spending a sabbatical In Zurich, arranged for me to visit the CCDC,” Brock said. “Eight years later I published the first in a continuing series of papers based solely on the CSD; those projects have all been both fun and well received. Olga had great vision, good business sense, and remarkable tenacity; without those attributes, the CSD would never have survived, never mind become the tremendous resource that it is today. Olga also recruited an exceptionally talented and creative staff to the CCDC and then encouraged external collaborations. I am very pleased that her contributions have been recognized with the IUCr's prestigious Ewald Prize.”

“The Croatian Crystallographic Association and I owe a lot to Olga Kennard and F. H. Allen for their strong support and the benefits disseminating and implementing of the Cambridge Structural Database over the territory of South-East Europe,” Kojić-Prodić said. “The CSD has been used extensively in teaching and research.” “Over more than a half of a century, O. Kennard and her successors together with a team of inventive and dedicated scientists have built the CSD architecture developing suitable and efficient software for checking, depositing, retrieving and analysing data. They have published numerous papers to illustrate the versatile use of the CSD in many different fields of chemistry, materials science (including molecular electronics), solid-state physics, structural biology expanding to medicinal chemistry and pharmacology. Structure/function/property correlations and design of drugs and functional materials could not be possible without the CSD,” she said. “All these endeavours and achievements of high scientific value have been made accessible all over the world according to the motto: Fair and Open Data in Science1.” 1Bruno et al., Chemistry International 2021, 43, no 3, 12.

“I first met Olga when I was doing my PhD (1980), and she struck me as a fiercely independent woman who was deeply respected by her peers,” he said. “My early discussions with her around my project, which involved analysis of crystal structural data, helped shape its direction. She had a clear vision of the role of crystallography as a central science and the fantastic potential of the Cambridge Structural Database. History has validated her vision. Along the way, she had to contend with the uncertainties of funding, the academic environment, and the transition to a more commercial model of funding, within a charitable framework,” he said. “The CCDC is a testimony to her farsighted view, not just of crystallography, but of databases in general. The CCDC is seen as one of the worlds key physical science resources, and the principles of its curation and dissemination are models for many other subsequent databases. I wish her my warm congratulations for the award of the IUCr Ewald prize.”

"My husband Miguel and I were very pleased when Dr Kennard invited us to visit the beautiful new CCDC building during the IUCr Congress and General Assembly of 1993 in Beijing," she said. "In our way back to Venezuela, we had the opportunity of seeing first-hand how very dedicated people at CCDC collected the crystallographic information and transferred it by hand from the journals to the database. After Dr Kennard proposed to us to be the distribution centre for the CSD in Latin America, we gladly undertook the task from 1992 to 1996 until CSIC-Spain started to provide CSD licences to our region." "We were amazed to see the great transformation of the Molecular Structures and Dimensions volumes, which we enjoyed during our graduate studies in the early 80s in the US, into a comprehensive database easily accessible through very smart software and to see the evolution of the distribution media go from magnetic tapes to cartridges, to CDs, and now by direct download from the CCDC servers. Undoubtedly, this is the product of the vision of Dr Kennard leading an outstanding team of talented scientists and collaborators (Frank Allen, Sam Motherwell, and many others). We deeply appreciate the scientific contributions and leadership of Dr Kennard and congratulate her on receiving the prestigious Ewald Prize from the IUCr," she said.

“I would like to sincerely congratulate Dr Olga Kennard for all her splendid achievements in the field of X-ray crystallography,” Leban said. “She kindly assisted with my scientific career in 1973 – being my external examiner at DPhil. viva at the University of York. (Prof. MM Woolfson was my supervisor.) I was a frequent user of the available databases then.”

“Wishing her all the best and good health for the future.”

We would love to hear from you, too

Olga is a true visionary, and her efforts have shaped the way crystallography has evolved over the last half a century. We are honoured at the CCDC to work for the organisation she established. Every day, we see the value that this resource has for researchers and educators worldwide, and we appreciate the privilege to continue to create the Cambridge Structural Database. This blog captures a handful of the inspiring ways Olga has impacted both our field and the people within the field. We would love to hear your stories too! Share them with us on social media (Twitter @ccdc_cambridge / Facebook ccdc.cambridge / LinkedIn CCDC The Cambridge Crystallographic Data Centre) or drop us an email ( ) so Olga can see how she has changed our world of crystallography and beyond.