Today is International Women’s Day (IWD - #InternationalWomensDay), celebrated each year on the 8th of March, so what better day to recognise some of the many inspiring women in the field of crystallography.

The beginnings of International Women’s Day started in 1909/1910 but it wasn’t until 1975 that it was adopted by the United Nations. Today IWD is celebrated in many countries worldwide and is even a public holiday for some. IWD can mean different things to different people, for some it is a chance to call for change and improve gender equality, for others it is the perfect opportunity to highlight the achievements of women in their fields and try to inspire a new generation.

I wanted to take the opportunity today to celebrate women in crystallography by looking at some of their contributions to the Cambridge Structural Database (CSD). The CSD contains every organic and metal-organic crystal structure ever published, comprising nearly 1 million datasets. Women have played a pivotal role in both crystallography and the creation of this database. Unfortunately, I will only be able to pick out a handful of these women today but there are many, many more that I could have included.

Our story starts with Olga Kennard. In 1965, inspired by JD Bernal, Olga started work collating structural data with the thought that bringing together results from lots of individual experiments would lead to new insight and new knowledge. Olga went on to lead the CCDC until 1997 and during her career she also authored over 140 structures. Her first structure with coordinates was published back in 1963 and was a chlorobenxoate salt (CSD refcode MSCBZO). One of her most recent structures was published in 1991 and was a uridine structure (CSD refcode JOSCAV).

The CCDC has gone on to employ many women over the years, I would estimate that about a third of the CCDC work force has been women and today 25 of the CCDC’s current staff are female. Of the 25 women working for the CCDC, three are on the Senior Leadership Team and every team has female representation; in fact the science, database, finance and HR departments all have more women than men. It is a different story in our software development teams but hopefully, with more initiatives aimed at encouraging women to work in technical fields such as software development, this will change in the future.

Today the database that Olga started over 50 years ago, and that was first distributed in book form, has grown significantly. Many women have contributed structures to the database and the first lady I wanted to highlight is Kathleen Lonsdale. Like JD Bernal she worked with Bragg at the start of her career at the Royal Institution. Kathleen is one of the first female authors in the CSD with entries dating back to 1925. In total she has authored 19 entries and she established the planarity of benzene through her work on hexamethylbenzene. She was also one of the first two female fellows of the Royal Society for her pioneering work in crystallography.

Next on my list for today is Dorothy Hodgkin. Like Olga she was one of several women who joined the lab of physicist JD Bernal and with Bernal she took the first X-ray photos of crystalline proteins. 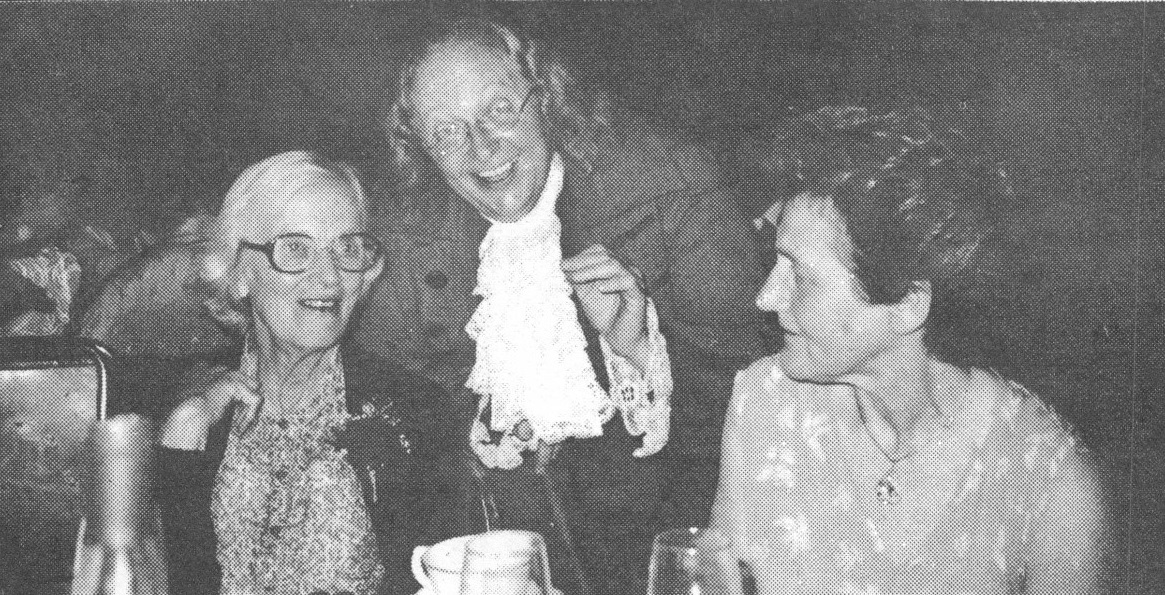 Dorothy and Olga with a Benjamin Franklin look alike at an ACA meeting in Philadelphia, taken by Bill Duax

Dorothy has 54 entries in the CSD and she went on to win a Nobel Prize in 1964 for her work on the structure of vitamin B12 and other complex molecules such as penicillin and insulin. She is one of five women who have won a Nobel Prize in Chemistry, and amazingly two of those have been crystallographers. Dorothy was the first of these women and Ada Yonath was the second in 2009 for her pioneering work on the structure of the ribosome.

Dorothy herself went on to mentor many women in the field of crystallography. Jenny Glusker received her Doctorate under Dorothy Hodgkin. Jenny then went on to work in the laboratory of Linus Pauling. In 1971 she co-authored a very popular book in the field of crystallography called Crystal Structure Analysis: A Primer, and today she has over 170 structures in the CSD.

Eleanor Dodson is another pioneering lady who worked with Dorothy, she went on to develop analytical tools that allow non-experts to access modern crystallographic techniques led to her election as Fellow of the Royal Society in 2003. Eleanor has two entries in the CSD and one of her two entries can be seen below (CSD refcode GRAMUR01).

Like Olga some women have contributed structures to the CSD as well as having a huge impact on the CCDC itself. Biserka Kojić-Prodić has shared over 400 crystal structures through the CSD. The structures she has worked on span an impressive range of chemistries from her simplest structure with only 11 atomic coordinates (the organic compound tetrabromo-p-benzoquinone, CSD refcode SAQJAV), to her most complex which has 544 atomic coordinates (a Z’ = 4 structure of an adamanatane bisurea salt, CSD refcode LETLUT)[1]. In 1985 Biserka was the driving force behind the establishment of a local National Affiliated Centre (NAC) in Croatia. She became the head of this NAC from its inception in 1985 until 2007. The role of an NAC was initially to support the dissemination of the CSD to academic users within a region, and over time it has evolved more towards acting as a local advocate for the CSD, its applications and its users. Another influential NAC was our past NAC in Russia, Zoya Starikova. Zoya has over 850 entries in the CSD but as well as acting as an NAC in Russia she also helped us add over 15,000 entries from Russian publications to the CSD. 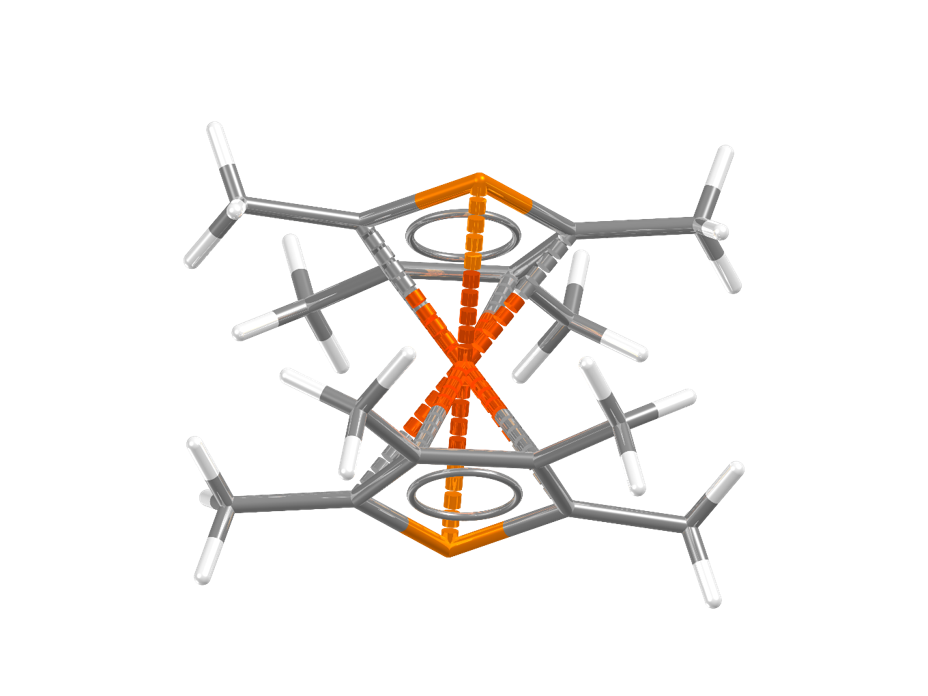 There are many, many, many more women in crystallography than I have space to highlight here. Why not share your favourite women crystallographers that have contributed to the CSD using #CSD_IWD so together we can help highlight even more. Later this year we will also know if a woman determined the millionth structure shared through the CSD!  #CSD1Million