2019 has been proclaimed the “International Year of the Periodic Table of Chemical Elements (#IYPT2019) by the United Nations General Assembly and UNESCO to celebrate the 150th anniversary of the existence of the Periodic Table.  The Cambridge Crystallographic Data Centre (CCDC) has partnered with the British Crystallographic Association (BCA) to create the “IYPT in crystals” project (#iyptcrystals).  You can find out more about this project here.

The graphs below show counts of the occurrence of each element in the CSD, ordered by atomic number.  The first graph shows the elements seen the most frequently in the CSD (over 250,000 times) which unsurprisingly includes carbon, nitrogen and oxygen.

Graph to show the frequency of occurrence of elements in the Periodic Table with a frequency greater than 250,000.

The second graph shows the elements that have a frequency between 0 and 250,000.  Generally, the lanthanides and actinides occur less frequently than the other elements.  You can see that the first data point of this graph is helium.  You might be surprised to find out there are structures that contain noble gases, for example this helium containing structure (CSD refcode YEMTUH), shown below.  You can see a colour map of the periodic table depicting these frequencies and find out more about each element as well as an associated structure from the CSD here.

Graph to show the frequency of occurrence of elements in the Periodic Table with a frequency between 0 and 250,000.

Taking a closer look at the elements that occur less frequently in the CSD, the graph below shows when the first structure with 3D coordinates was published in the CSD for each of these elements. Elements with a frequency of less than 100 in the CSD, with the years the first structure with 3D coordinates was added to the CSD

Another interesting analysis of the composition of the CSD is to look at the chronological order in which the elements appeared, as the associated structures were published in journal articles.  This is represented by the colour coding of the periodic table in the video below. 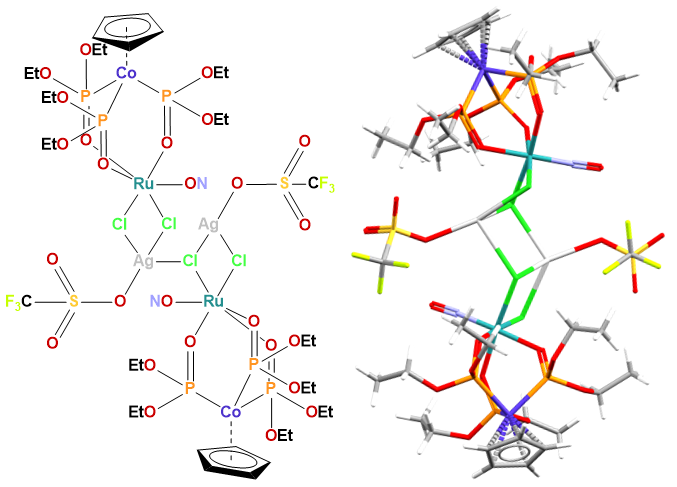 Representation of the molecular structure of CSD refcode LIMSUW.

This blog is the first in a series focusing on analysing the make-up of the CSD.  We’ll be adding more blogs over the course of 2019 as we celebrate #CSD1Million.  Alongside these blogs we’ll be enhancing our stats page, so watch this space!  Keep informed of future blogs, updates, news and events from the CCDC by subscribing for our Newsletter here.  Don't forget to follow us on social media to keep up with all the latest activity!