At the CCDC we’ve been investigating ways to bring chemistry to life by printing 3D models from crystal structure coordinates.  These hand-held molecules make engaging with science and research more fun.  They’re useful in the classroom as teaching aids and they also make excellent gifts!  So, today we are pleased to announce our 2nd Annual #CSD3DPrint Twitter Contest.

If you’ve been caught by the 3D printing bug and have printed your own structure models, or if you’ve always wanted to give it a try, now is the perfect time to show off your creations!  To enter the contest, simply tweet a picture of your 3D-printed model with the hashtag #CSD3DPrint between now and September 22nd for a chance to win.  Encourage your colleagues, friends and family to retweet and “favourite” your tweet:  Judging will be based on the number of favourites and retweets on Twitter, as well as CCDC staff picks.  The winner will receive a one-year subscription to Make magazine.

The response from the community to last year’s competition was really encouraging, with quite a number of scientists taking up the challenge of this new technology and new functionality in Mercury to produce some impressive models.

The winner of the 2015 competition was Dr Christine Beavers who is a beamline scientist at the Advanced Light Source, Lawrence Berkeley National Laboratory. Christine’s 3D printed model, produced using a Stratasys uPrint SE Plus, is of an unusual egg-shaped endohedral fullerene – in particular Tb3N@C84, the structure of which was published in JACS in 2006 (http://dx.doi.org/10.1021/ja063636k). 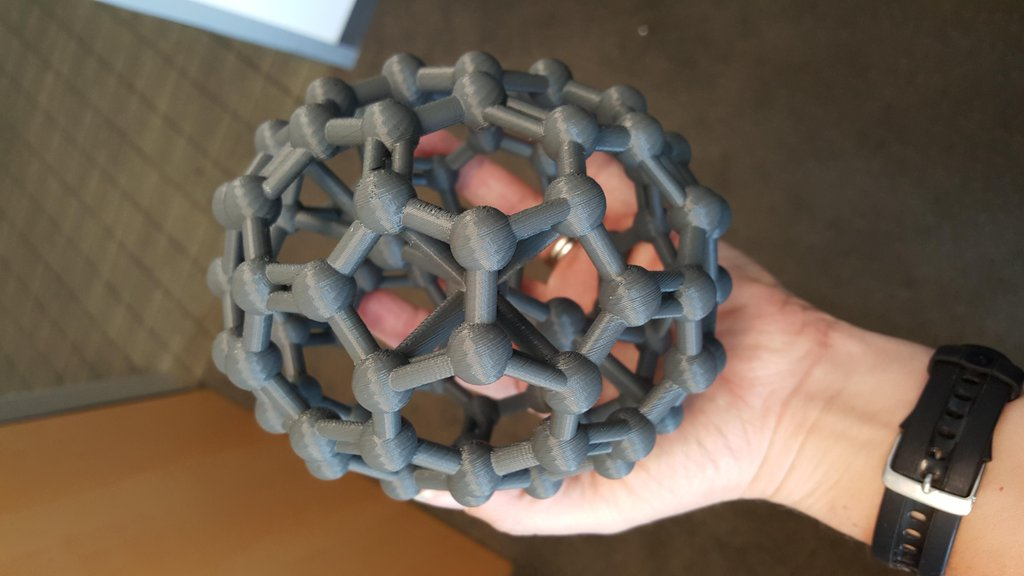 The 2015 competition judges chose this model in particular as it represented an excellent balance of conveying the science through a physical model as well as utilising an accessible 3D printing technology. The model itself represents a cutting-edge area of Chemistry research, but the technology used – fused deposition modelling (FDM) to print in ABS plastic – is also very much within reach for a typical University library or research lab.

We look forward to seeing all the beautiful models you make.  Good luck and happy printing!

The complete contest rules are as follows: